Widely considered to be one of the most beautiful buildings in the world and certainly one of India’s most famous landmarks, the Taj Mahal is a living testament to the grandiose and the romantic. Lovingly built from white marble by Mughal Emperor Shah Jahan in memory of his favorite wife, the structure is decorated with carvings of flowers and inlays of precious stone arranged into intricate patterns that can be admired both from its impressive exterior and interior. This UNESCO World Heritage Site is a must-see for every traveler to northern India.

Day 01 : Arrive Delhi
Meet our representative to the airport, Transfer to hotel. Rest of the day rest and relax. Overnight Delhi.

Day 02 : Delhi Sightseeing
Lv. at 08:45 after b/f for the city tour - Alongwith an guide visiting to:-
Laxmi Narayan Temple : the temple built by the richest family of India and is the biggest temple in the northern region of India - and the temple is dedicated to Godess Laxmi and Lord Vishnu also called as Narayana.
Qutab Minar : the oldest monument of Delhi - The 73 metre tall minaret started in 1193 AD by Qutab-ud-din Aibak and got completed later by his successors in the 13th centaury and the Iron pillar inside the mosque is a superb example - this pillar has withstood the challenges of passing centuries and still perplexes the scientists by remaining unrusted.
Lotus Temple : shapes like a Lotus flower and is out of pure white italian marble - meant for the BAHAI's or a temple for all the religions - where one can pray under one roof with other religions - its a modern temple which just got built around 2 decades before.
Humayun's Tomb : the first Moghul monument in Delhi and is the memorial of Emperor Himayun is in a garden enclosed by lofty walls with gateway in the north and the west.
Now is the time to proceed back to the hotel passing the 8th city of Delhi also called as "" Lutyens Delhi"" which covers the President house, India Gate, parliament house and the diplomatic enclave.. Evening free for independent activities. O/n in the hotel.

Day 03 : Delhi - Agra (204 km)
Leave in the morning After Breakfast for Agra - Enroute stop for a cup of tea and later proceed to Agra - upon arr. visit :-
Sikandra Tomb : the tomb of Third Mughal Ruler "Akbar " during the early 16th centaury , the five storied building is quite Impressive and is an interesting to place to study the gradual evolution in design that culminated in the Taj Mahal.
Agra Fort : the fort which took 95 years to complete over looking Taj Mahal , and is on the bank of River Yamuna the Important Palaces are Hall for the Common & Private Audience, Palace for Hide & seek game the Library , the palaces of the Daughter of ShahJahan and the palace where the Shahjahan the greatest builder of Taj Mahal got in Prison by his own son and Amar Singh Gate.
Taj Mahal : Visit Taj Late afternoon so that you can see Taj in different lights - which looks different any time you see - stay at Taj for about 2.30 hrs and then proceed back to the hotel - Evening free for shopping to see the inlay work being done by the artisans. Dinner and o/n in the Hotel.

Day 04 : Agra - Fatehpur Sikri
Visit Taj Mahal in the morning at sun rise - to see the different phases of Taj - it looks most beautifull at Sun Rise. Later return back to the hotel spending 2 hrs. have breakfast and then proceed to Jaipur and enroute visit Fatehpur Sikri - the deserted city .which got built by the Third Mughal ruler " Akbar " and remained as capital from 1570 until 1585 and due to the water shortage the Mughal ruler Akbar was compelled to shift his capital from Fathepur Sikri to Agra . The Important Features of the fort are Shahi Darwaza ( Kings Gate ) , Tomb Of Sheikh Salim Chisti , Palace of Jodha Bai , Birbal Bhawan , Panch Mahal , Hide and seek Palace , Hall for the Common - Private Audience , spending around three hours at this fort then proceed back to Agra - Upon arr. check in the hotel - Later proceed for the shopping to see the inlay work for which Agra is popular for. Dinner and o/n in the hotel.

Day 05 : Delhi
Early morning after breakfast Lv, for Delhi. Arr. Delhi by 1100 hrs and you can also visit :-
Red Fort : The fort which got built by Shahjahan during the 17th century and is in good condition - and the important palaces are the Lahori gate, Elephants gate, The hall for the common audience, The ladies palace, The hall for entertainment, The hall for the private audience, The royal bath and the Pearl Mosque.
Jama Maszid : got built by Emperor Shahjahan and at one time 20,000 people can offer there prayer and considered to be one of the best mosque of India.
Connaught Place : is the business and tourist centre. It’s a vast traffic circles with architecturally uniform series of colonnaded buildings around the edge – mainly devoted to shops, banks, restaurants, airline offices and the like. It’s spacious but busy. Sound and light show at Red Fort- and impressive program which is performed everday in the evening Later proceed to the airport to go back home. Tour Ends
Walking tour of old city in the narrow lanes to see the culture and the real India. Walking tour is the most interesting feature of Old City. 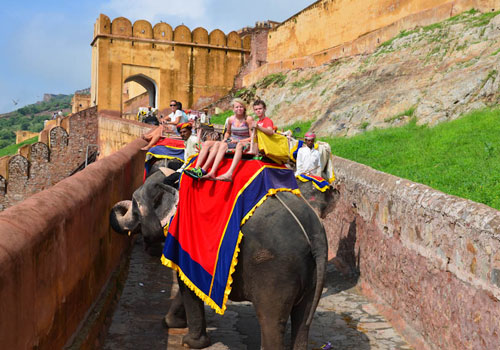 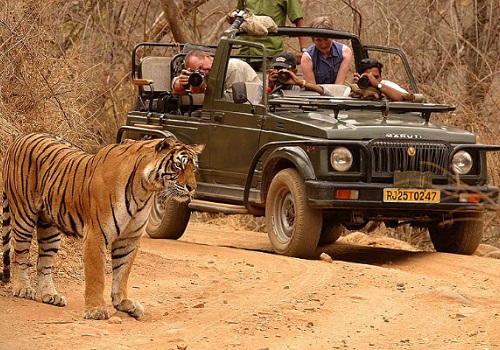 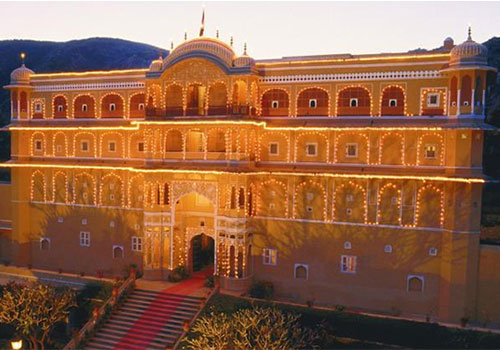 Established at the dawn of the millennium, Club Holidays and Adventures offers you tour packages to visit India and live a most remarkable experience. The incredibly diverse travel destinations of India make this country a real paradise for travelers. Our tours are fully customizable and we adapt to your own needs and preferences in order to make your trip to India a lifetime experience. You can also rely on a team made up of professionals with years of India travel experience to give you accurate and strong advice to make your trip even more memorable.